The Impact of Climate Change on Caribbean Business

What is Climate Change?

Climate is the average/typical weather normally associated with a particular place. For example, Barbados receives most of its rainfall between July and November, storms are most likely to affect the island during the same period and the average temperature for the island, no matter the month, is between 26-270C. Notwithstanding this, weather phenomena change from month-to-month, year-to-year and even decade-to-decade. When scientist use the term climate change, they are not referring to these ‘short-term’ variations in weather phenomena. Instead, climate change refers to the long-run (100 years or more) changes in average weather patterns: is the average temperature of the island different from temperatures prior to the industrial revolution, for example?

Climate change is likely to have significant effects on climatic features in the Caribbean as well as key source markets around the rest of the world. Sticking with our Barbados example, it is expected that over the next century average temperatures could rise by around 2-30C, average annual rainfall is anticipated to decrease by about 12-32% and tropical storms and hurricanes should increase in intensity (though not necessarily in frequency).[2] In addition to these changes in the average weather patterns, climate change is also predicted to result in sea level rise and storm surges that can affect coastal communities and businesses.

Businesses in small island states know all too well that anything that affects the global economy will influence their bottom line. In the Caribbean, sea level rise is expected to impact between 8-32% of tourism resorts, given their proximity to the shoreline. In 2016, it was estimated by the World Travel & Tourism Council that travel and tourism in the Caribbean contributed US$56.4 billion to economic activity, 2.3 million jobs, US$31.4 billion in visitor exports and USD6.8 billion in investment[3]. The loss of these tourism establishments could therefore have far-reaching effects for foreign exchange, employment and overall economic activity. In addition to the damage due to sea level rise, it is also likely that the industry could be affected by a tropical storm or hurricane impacting the island. These effects are, however, difficult to predict, as the link between climate change and hurricanes is still the subject of ongoing research.

Figure 2: Potential Effects of Sea Level Rise on the Shoreline

While these supply-side effects are quite significant, there are also potential demand-side effects that should not be ignored. As global temperatures rise, it is likely that tourist destinations around the equator can become less hospitable to tourism (i.e. temperatures will be too high). At the same time, temperatures of countries closer to the poles might in turn become more hospitable to tourism. It is therefore anticipated that the demand for international tourism could shift away from the destinations around the equator to those closer to the poles.

Climate change threatens to impact businesses, even if their business model does not directly depend on the use of environmental goods and services as the tourism industry does. Due to the projected decline in rainfall, it is expected that businesses would either have to find ways to increase their water efficiency or pay higher tariffs for water, as the state-owned water companies might be forced to extract potable water from relatively expensive sources (e.g. desalination).

In addition to the rising cost of water, the increased intensity of tropical storms passing through the region could result in greater damage to infrastructure, both inland and on the coast. The damage caused by these storms could lead to greater payouts by insurance companies and subsequently higher insurance premiums. Given the integrated nature of the regional insurance industry, premiums could rise even if a particular country is not directly affected by a single storm.

As the effects of climate change result in more storm surges and coastal squeeze, Governments would have to invest more in coastal defenses. Unfortunately, such infrastructure investments are unlikely to be cheap and to finance such investments Governments might need to raise current taxes or introduce special-purpose taxes aimed at financing such investments. Even if such taxes were levied on individuals, they would still indirectly affect businesses by reducing the disposable income of (potential) customers.

How Should Businesses in the Caribbean Respond?

While the effects of climate change are likely to be significant for businesses located in small states like those in the Caribbean, climate change also presents tremendous business opportunities. Looking ahead, any firm involved in the reduction of C02emissions and generally supporting the preservation of environmental assets are likely to do quite well in the future (for example through the provision of renewable energy and enhancing water and energy efficiency). Such industries are likely to see a significant increase in demand for their companies’ goods and services as countries attempt to meet their pledges from the recent Paris Climate Agreement[4].

If your company is not involved in one of the industries above, the logical recommendation is to ensure that your business is resilient in the face of the effects that are likely to occur in the future. This involves increasing energy efficiency (to offset the likely rise in energy costs due to green taxes), enhancing water use efficiency (because of reduced water supplies) and upgrading building standards as a response to the potential of more intense storms. While such investments might be costly in the short-term, they usually pay for themselves in a few years and can be used to boost the green credentials of your company, something that can then become a marketable asset for your firm. 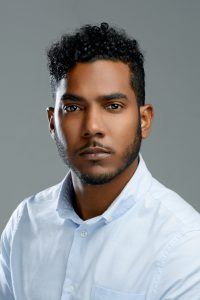